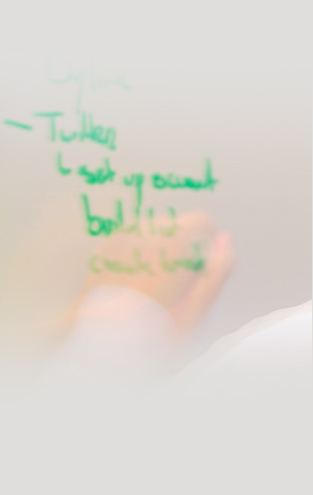 This email address is being protected from spambots. You need JavaScript enabled to view it.

Howling Mob at The Gates? Let Them In!

For Companies in Crisis, Empathy is the Key to a
Successful Recovery

In a crisis, or when facing a prolonged challenge such as activist opposition, most companies tend to go on the defensive.  They go silent, or they limit their responses to cautions, legalistic formulations, or they counterattack.  In each instance, they cut off communication and take an adversarial stance toward outsiders.  There are many understandable reasons for this – competitive instinct, a natural aversion to coming under assault, or legal counsel that seeks to limit risk by restricting what’s said and to whom.

But if the goal is to contain the crisis, eliminate the issue, and return as quickly as possible to normal, then this kind of defensive response is counterproductive.  Surprisingly – and contrary to what your communications and legal counsel may be telling you – the better move is to embrace your opponents, listen to them, engage with them, and incorporate their viewpoint in your response.  This counterintuitive approach is likely to win over not only your opposition but also important bystanders, such as customers, legislators and regulators.

Empathy is at the Heart of All Smart Communications

The missing element in a defensive response is empathy.  And empathy is the key to a successful recovery from crisis.  If you put empathy front and center when you develop your strategy, you’re much more likely to succeed.

What do we mean by empathy?  Merriam-Webster defines empathy in part as “the action of understanding, being aware of, being sensitive to, and vicariously experiencing the feelings, thoughts, and experience of another…”  In other words, empathy is the ability to listen to another person, hear his or her concerns, feel the same emotions and stand in the same shoes.

Empathy is at the heart of most marketing communications programs.  What do we aim for in marketing communications?  To connect with the consumer’s hopes and aspirations, and help the consumer feel connected to the brand or the product.  And we’re often successful.  People have always looked to connect with organizations and institutions.  And they look for a degree of connection in return.  The quest for connection is even stronger now thanks to the rise of social media, where outsiders are in contact with your company every minute of every day – and where they can connect with each other to form (and influence) opinions about you.

In a Crisis, Do More Than Just Seek Control

But when crisis hits, too many communicators forget all about empathy.  Instead, they seek control.  That’s understandable – under normal circumstances, and apart from some marketing initiatives, organizations naturally prefer control.  That’s even more the case when things go wrong.  A sense of litigation risk combines with the natural instinct to stamp out chaos.

But customers still want to connect – they don’t limit their need for connection just to the marketing sphere.  So in a crisis, two conflicting impulses come together – outsiders who want to know that the organization is human and cares meet an organization that has forgotten all about empathy and instead wants to limit exposure and shut down discussion.  It’s a perfect storm – and a recipe for a damaged reputation.

There’s no shortage of examples of companies in crisis that have cut themselves off from their communities and from displays of human feeling.  Penn State comes to mind – its administrators put institutional survival ahead of empathy and set themselves up in opposition to the most vulnerable of all constituencies (and one that millions understandably felt protective about): The victims of childhood sexual abuse.

Penn State’s empathy failure was more than just a matter of poor reputation management – it was a moral catastrophe that kept the administration from notifying law enforcement and led directly to criminal charges.

But it’s not necessary to operate in the moral dimension to see the consequences of empathy failure, or the value of an empathetic response.

In the former category, think of Kenneth Cole’s marketing ploy – a tweet that “humorously” claimed that Egypt’s 2011 Arab Spring demonstrations showed excitement over the company’s spring shoe line.  That was a massive failure to connect with the real concerns of millions of Egyptians and tens of millions who sincerely believe in hope and freedom.  On a much larger scale, Exxon’s (now Exxon Mobil) aloof, combative handling of the 1989 Exxon Valdez disaster haunts the company’s name and image to this day.

And Empathy Can Save Reputations at Risk

What about the positive side of the ledger?  Are there companies in crisis that get empathy right?  Some of the companies that do best are those that initially get it wrong.  It’s hard to imagine a worse initial crisis response than BP’s to the Deepwater Horizon disaster in 2010.  But, after CEO Tony Hayward’s empathy-less plea that “I’d like my life back” and tone-deaf trip to England to attend a yacht race, the company was able to reverse its fortunes.  By listening to, working with and genuinely engaging Gulf Coast residents in the recovery process, the oil giant was able, against the odds, to limit the damage to its reputation and come out far better than Exxon had in 1989.

Similarly, pharmaceutical giant Burroughs-Wellcome (now part of GlaxoSmithKline) missteped badly in 1987 when it priced AZT – the first effective anti-HIV medication – at a staggering $12,000 per year, and found itself literally under siege by AIDS activists who chained themselves to the fences outside the company’s headquarters.  But just a short while later, the company had established an ongoing working relationship with ACT-UP and other activist groups, with the two sides and a large physician community working together to guide further drug development and to refine treatment protocols.  Some chemical companies have taken a similar approach, holding regular in-house meetings with environmentalists to collaborate on best practices.

Rules of Thumb for Empathy

How was it possible for these companies to get empathy right – without increasing their risk or losing control?  Every crisis presents unique challenges, but when it comes to empathy, some general rules apply:

Empathy isn’t exotic.  It’s a basic human quality and a basic tenet of good public relations – which, after all, is about your relations (or, better, your relationships) with the outside world.  To build a relationship, you have to empathize.  To maintain a relationship when times are tough, empathy is essential.  Public relations, unlike advertising, demands genuine conversation with your constituencies – a process in which you have to listen as well as speak, and you might have to change course based on what you hear.  Crisis public relations is no different.  When in crisis, open the gates and listen to the mob outside.  If the mob turns out to be truly helpful, that’s not a miracle – it’s just empathy in action.